Another high-profile breach shows that we still haven’t learned the lessons from WannaCry.

A CISA alert from 15 November has detailed a successful compromise of a Federal Civilian Executive Branch (FCEB). While there’s no details on which FCEB, there’s a lot of them, ranging from fairly benign (e.g. National Endowment for the Arts) to those of critical national importance — the Department of Justice , NASA and the Department of Homeland Security.

This hack might have significant ramifications for the US. And from what we know so far, the breach could have been prevented if basic security controls had been in place and working effectively.

How did the hackers get in?

CISA’s alert is detailed, and what stands out is just how much free reign the adversary had. The initial compromise was via the incredibly well-publicized Log4J vulnerabilities, which were extensively patched. Discovery was at the network level, with CISA observing traffic from the FCEB’s network to a known IP associated with exploiting Log4Shell in April 2022.

The software that hosted the vulnerability, VMWare Horizons, had a patch available in December 2021. Forensic analysis determined that the attack started in February 2022: two months after mitigations were available. It took a further two months for the activity to be detected through network monitoring.

And that’s why I say we need to learn about patching again. WannaCry, which wreaked so much havoc globally five years ago, was able to infect and spread due to vulnerabilities that should have been patched.

Once on the network, the adversary was quick to act. They turned off AV scanning to avoid detection, installed a cryptominer, used well-known tools and techniques (including Mimikatz), altered local admin accounts, created a new domain admin account, used remote desktop protocol (RDP) internally and via reverse proxy, and more. They attained credentials by attacking the key management infrastructure, and were thwarted when attacking LSASS by AV software.

This wasn’t a zero-day attack

Basic cyber hygiene would likely have stopped the initial compromise. If the FCEB’s patches were up to date, this would have been prevented. It’s not known if the FCEB employed a vulnerability scanner, however they will be doing so now given the recommended mitigations.

If there is a security operations center (SOC), then we assume they are overloaded with the number of alerts as there are multiple indicators of compromise that the SOC should have noted. However, there are further checks outside of the SOC that would help detect such activity.

What controls would have limited the impact?

Rather than focus on reacting to indicators of compromise (IOCs), there’s another line of defense: security control checks. These exist across all the techniques the adversary used.

There are numerous instances where the FCEB could have discovered the presence of the adversary, if security controls were in place and working properly. For example:

The details of this attack are another reminder that most breaches are preventable. Basic patching and security controls would have helped stop the initial breach and highlight signals that an attacker was on the network much earlier.

With Continuous Controls Monitoring (CCM), the FCEB could have near real-time data on the efficacy of all the above controls, further enriched with business context to help prioritize remediation. CCM is another weapon in your defense against adversaries – even nation state Advanced Persistent Threats (APTs) as identified in this case – by giving you active notification of a path to compromise that’s completely separate from any SOC hunting.

Naturally, joining up discovery and remediation across IT and SecOps using these insights creates an even more powerful defense against preventable breaches.

CCM would have given visibility, and prioritized removal, of a nation-state APT who compromised a federal civilian executive branch for more than two months.

To find out more about how CCM can do exactly that, get in touch. 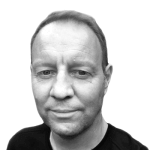 10 reasons to get excited about cybersecurity metrics and measurement