Ransomware attacks may have frozen fewer bits of data in 2022, but that doesn’t mean cybercriminals are resting on their laurels.

Indeed, new threats are waiting in the wings and demanding new responses, which is one reason why the U.S. Government is boosting spending for the Cybersecurity and Infrastructure Security Agency (CISA) by 12% this year.

CISA’s $313 million increase, which was contained in the omnibus spending bill signed by President Joe Biden at the end of December, brings the fledgling agency’s total 2023 budget to $2.9 billion, which is 15% higher than the White House sought. By comparison, the Department of Defense’s 2023 budget was increased by 8% to $817 billion, or 6% more than Biden’s administration initial ask…

Read the full article from Datanami. 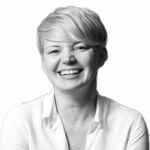 Four cybersecurity trends and predictions for 2023