Tesco Bank attack: What do we know?

Supermarket giant Tesco has suspended some parts of its online banking system after it detected attempts to steal cash from customers’ accounts.

It said it spotted “suspicious transactions” on 40,000 accounts over the weekend, with money reportedly taken from about half of them.

Tesco has declined to elaborate on what happened, or say how much cash went astray, but said it was working with the National Crime Agency to investigate and find the culprits.

Is this the first of its kind? 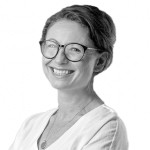 Cyberspace is no place for small companies to be left defenceless

Nik Whitfield runs a cybersecurity business, so he is well equipped to spot criminals trying to hack into his systems. Even so, he was surprised by the sophistication of a …